Are Our Dogs Dying Younger Than They Used To?

One of the most popular ways to promote unconventional ideas, including alternative therapies, is through fear. Claiming that health, longevity, and other measures of well-being have declined from some time in the past opens the door to claims that science-based healthcare is ineffective and that we should return to some past practice or adopt something radically different. Dr. Karen Becker, a popular promoter of veterinary pseudoscience, recently made just this sort of argument, claiming that dogs are not living as long as they used to and then implying that this can be blamed  on commercial pet food and “toxins,” by which her past writing indicates she means vaccines, parasite prevention products, and pretty much any conventional medical treatment.

To demonstrate this, she cites two surveys of pet owners conducted by the U.K. Kennel Club, one in 2004 and another in 2014.

Why Are These Popular Dogs Dying So Much Younger Than They Used To?

The 2014 survey also found that tragically, the average lifespan of a pedigree dog in the U.K. is just 10 years. In a 2004 Kennel Club report, the average was 11 years, 3 months.

This means the median longevity of Britain’s purebred dogs has dropped by 11 percent in just a decade.

Dr. Becker then goes on to list specific breeds with reported median longevity that is lower in the 2014 survey compared with the 2004 survey.

As we have seen many, many times in the past, Dr. Becker cares far more for her own narrative than for the truth, and she is perfectly comfortable misrepresenting or ignoring facts if doing so will make a story that fits her beliefs and her pitch. This bit of fear-mongering is yet another example.

Cherry-picking just the figures that support your claims is a classic move in creating a story that fits what you want to say regardless of the facts.

Overall, the pattern of longevity in the two surveys is nearly identical, as you can see from these figures. 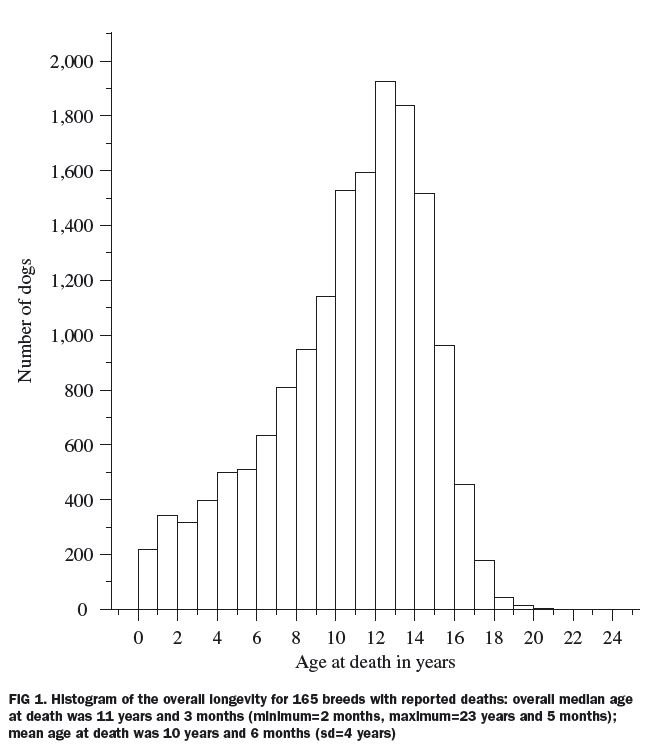 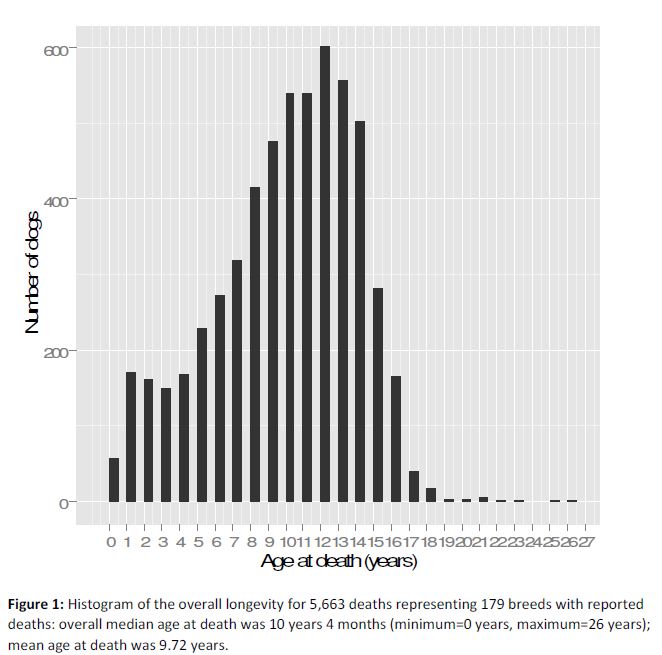 As you can also see, however, the number of deaths reported is very different, and there is no statistical comparison to show whether the difference in the median or mean is significant. Why is this? Well, it turns out the data were collected in very different ways, they represent different methods and different dog populations, and the two surveys can’t legitimately be compared! Here’s what the actual authors of the survey have to say.

Please note there were substantial differences in the way the 2014 survey was conducted compared to the Purebred Dog Health survey, which was carried out in 2004…Given the difference in methodologies between the surveys, the data from each is not fully comparable and differences observed do not definitively imply changes in population parameters.

Furthermore, there were 5,864 deaths reported in the 2014 survey compared to 15,881 deaths reported in the 2004 survey. This significant drop reduces the likelihood of the sample accurately representing the wider dog population, and so would likely have an impact on median longevity figures if the two sets of data were compared, which would not be reliable.

In other words, Dr. Becker is comparing apples to oranges to show that apples were better in 2004 than in 2014. The actual reality, as determined by facts and evidence not one’s pre-existing beliefs, is that we don’t know whether our pets are living longer or not over the last 10, 20, or 30 years. There is excellent data in humans, and that shows conclusively that life expectancy and nearly every other objective measure of well-being has improved steadily for at least the last 100 years. For humans, at least, science and science-based nutrition, sanitation, and healthcare work far better than anything that went before.

There is no reason to believe the same is not true for our pets, however, there is also no reliable evidence either way. What we need is data, and a respect for legitimate scientific research, not more fear-mongering and twisting of the facts to sell an ideology.

16 Responses to Are Our Dogs Dying Younger Than They Used To?