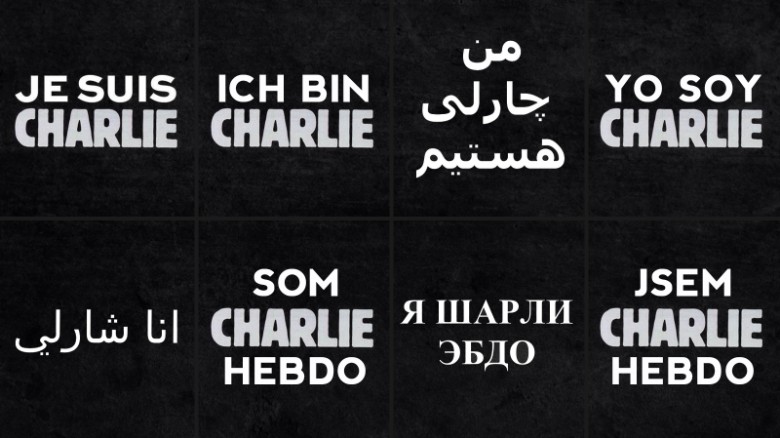 Human beings are diverse. We are diverse, as individuals and as communities, in our physical characteristics and in our experiences. This leads to a diversity of beliefs and opinions. It is inevitable that we will disagree with other people about many things, large and small. And it is also inevitable that these disagreements will sometimes engender strong, often primitive and unpleasant emotions. However, it is not inevitable, and it should never be accepted or acceptable, that such disagreements lead to violence.

In his book, The Better Angels of Our Nature, Stephen Pinker makes a strong and compelling case that despite the awful things people do to one another daily around the world, and our even greater and more immediate exposure to these acts through the media, we are actually living in the safest and most peaceful time yet in human history. This is not because our biology or our fundamental nature as human beings has changed. It is because we have exercised our inherent abilities to learn, to mature, and to set limits to our own behavior. The result is often called “civilization,” and it represents a realization of at least some of the human potential to manage our feelings and our disagreements in a way that limits the damage they do and allows a measure of peace and freedom to as many people as possible.

Yesterday in Paris, there was a small, horrible, and very clear attack against civilization. Whatever the details of your beliefs, about religion or any other subject, if you have ever had a belief or opinion that you wanted to share, if you have ever disagreed with someone else’s beliefs and felt the need to say so, if you believe there is or can be such a thing as civilization, then you should feel personally attacked and personally threatened by the murder of journalists, cartoonists, police officers, and bystanders at the offices of Charlie Hebdo.

Much of the content of this blog involves criticism and critique of the claims and beliefs of others. I try to make my criticism substantive and respectful and to focus on challenging ideas and claims about the world, not attacking individuals. I do this because I believe it is necessary to give animal owners the facts and information they need to make good healthcare choices for their pets and because I feel an obligation to make a contribution to my profession and the society I live in.  While I do not wish to hurt or offend people, I understand that such critiques will inevitably be taken personally and cause offense. This, again, is in the nature of human disagreements, and it is unavoidable if we are to strive for progress and to separate good ideas from bad ideas through debate and discussion.

As a result of my writing, I have certainly received plenty of hate mail and personal verbal attacks. I have been threatened with legal action on more than one occasion in order to suppress my criticism of others. I have not yet been threatened with physical violence, though some comments have come close: “You are a lying scumbag…… eat dog shit and die !!!! you evil money monger !!!!” But in some small way, I have been involved in the attempt to sustain and contribute to civilization through civil discourse and debate, and I have been touched in a very small way by the impulses to destroy this aspect of civilization that led to the atrocity in Paris. I’m not, in any sense, as brave or important to this process as the people who lost their lives at Charlie Hebdo, but I feel a kinship and a deep respect for their commitment to civilization, which has cost them so much.

I do not read French and have not been a follower of Charlie Hebdo. From what I’ve seen in the last day, I suspect I wouldn’t like or agree with much of the satire for which the people at this magazine were attacked. But that does not lesson my belief that they had the right to produce and publish that satire, and that the attack on them is an attack on anyone who values individual freedom, freedom of belief and expression, or anything that deserves to be called civilization.

As has been said more eloquently by others before, people deserve dignity and respect, ideas do not. Even ideas people feel strongly about, such as religion, must be subject to critical evaluation, even satire, or the kind of growth and progress of civilization that has made life better for all human beings is impossible. People of all faiths and none have appropriately condemned the physical attack in Paris and the symbolic attack against freedom of thought and expression it represents.

I can think of no more appropriate way to reject this kind of barbarism and intimidation than to reproduce some of the cartoons that these attackers felt justified this kind of violence, as well as some of the responses that have been published since. If you are offended, I am sorry. But I would ask you to remember that your beliefs and opinions are just as offensive to someone else somewhere. For any one of us to have true freedom, we must defend freedom for all of us. Je suis Charlie. Nous somme tous Charlie.